GTG wish Ellen Morley the very best of luck as a swimmer representing Guernsey in the Island Games 2019.  Ellen has recently completed an 8 week placement in the Neuro team as a physiotherapy student at Sheffield University. 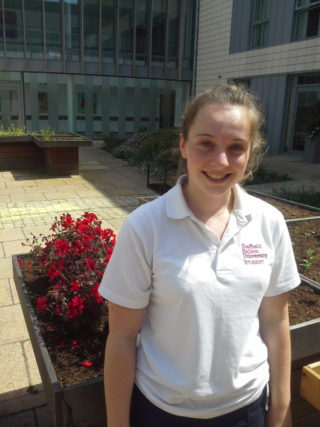 With Gibraltar unable to host football as part of the upcoming Island Games; Ynys Mon (Anglesey) played host to the Inter Island Football Tournament between 15th and 21st June 2019. Martin Lock and Dawn Thomas of GTG were involved in keeping the footballers at their best throughout the week along with Chris Tardiff (Coach), Mark Romeril (Assistant Coach) and Jason Tardiff (Operations Manager and Safeguarding Officer).

Inter-Island Games are most significant for all those involved, and what made this very special was that it included a very well rounded combination of established players from various clubs, players who study/play off island (but still hold residence in Guernsey) and up and coming youth. Top island football has had a 2018/2019 season lasting 332 days and so this tournament was to be the pinnacle of that season for many of the players and the staff. Keeping players fit throughout a week long tournament at the end of a lengthy season and to get players to continually perform at their best was what we hoped for. As Physiotherapists, Martin and Dawn were involved in cool downs and stretches at the end of games and practice sessions, attending to individuals needs to keep their MSK system functionally moving well, and ensuring players had adequate rest and nutrition throughout the week. Being part of the staff Martin and Dawn were also involved in domestic chores, so it was very much more than just being ‘the physio’.

Thankfully the whole team grew stronger throughout the week, performing well on and off the field, and the overall success with a silver lining (silver medal) at the end of the week was down to a combined team effort from staff and players who all worked well together. As a bonus the squad finished the week injury free (a good headache for the Coaches when picking their team!).

‘You get out what you put in and it is personally something I am very grateful that GTG gave me the opportunity to attend these games with this team. As an organisation GTG are very much a part of supporting community and inter island sport. We wish the Guernsey Island Games Team all the best in Gibraltar and GTG looks forward to being an integral part when Guernsey host the games in 2021.’  Martin Lock 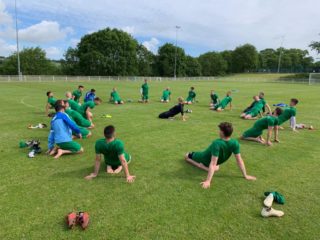 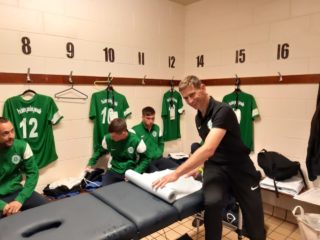 Our Neuro Physio team have joined in the fun to support Hats for Headway day this morning by wearing Christmas themed hats and holding a cake sale to raise funds for Headway Guernsey. 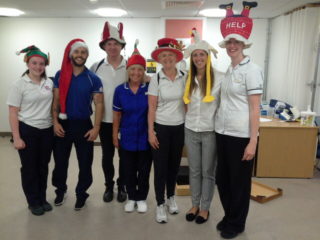